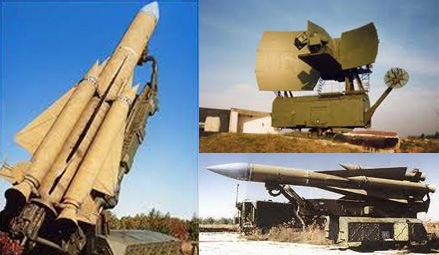 The S-200 (NATO reporting name SA-5 GAMMON), a design by the Almaz-Antey Central Design Bureau of Russia, is a weatherproof long-range strategic air defense missile system intended to intercept and defeat all manner of airborne threats such as the current-generation and prospective aircraft, airborne command posts, jamming dispenser systems and other airborne targets, either manned or pilotless – flying at up to 4300 km/h at altitudes from 300 to 40,000 meters – at ranges up to 300 kilometers and in the presence of substantial jamming. The S-200 SAM system has undergone numerous upgrades and modifi cations.

For maintaining the equipment and weapons inventory deployed with the Ukrainian Army’s air defense missile units combat worthy, a specialist organization, known as the Center for Armaments and Military Hardware (CAMH), was set up within the structure of the State Enterprise Ukroboronservice. The CAMH is also responsible for developing and running upgrade and maintenance programs for air defense weapons and associated equipment. Ukroboronservice concentrates on providing domestic (the Ukrainian Ministry of Defense) and export customers with weapons and military equipment maintenance support services and further developing and improving their armaments and military hardware operation-and-maintenance networks. Ukroboronservice follows a multipath approach while addressing the entire rage of issues relating to the operation and maintenance of air defense weapons systems, including surface-to-air guided missiles launched from the S-200 air defense missile system and its derivatives/upgrades.

An S-200 battery normally consists of six SAM launchers supported with one fire control radar system, and these may be integrated with a variety of other long-range radar-based equipment.

The missile fl ies to its target at 1,200 m/s, using guidance commands from the target illumination radar.

The missile body has 11 m in length and weighs close to 6 tons.

Its warhead is designed in the form of two joined oblate hemispheres of 80 cm in diameter, containing 80 kg of explosive charge and about 1,000 steel shrapnel balls with a diameter of 1 cm each.

The warhead is detonated by an onboard proximity fusing system at about 20 m from its target.

The S-200 surface-to-air guided missile, such, for example, as the 5V28 missile, is confi gured in a twinstage scheme of normal aerodynamic confi guration with wide-delta wings.

The first stage includes four solid-fuel boosters installed between the wings on the sustainer. The sustainer has a liquid-propellant engine and wide-delta wings. The launch is carried out at a constant elevation angle of 48 degrees by a launcher aimed on azimuth. The sustainer is divided into several compartments accommodating a semi-active radar homing guidance unit, mission equipment, high-explosive (HE) fragmentation warhead with a fuse safety and arming mechanism, pump-discharged propellant tankage, liquidpropellant engine and a steering mechanism. The warhead with a load of steel shrapnel balls provides a 120o-wide engagement envelope allowing a very high probability of success. The missile uses semi-active radar homing guidance, but in cases where the target is missed or not identified as ‘hostile’ by the friend-or-foe identifi cation system, the missile switches over to upward path and self destroys once all the fuel is burnt out. The singlelaunch hit probability is set at 80%. For increasing the probability of kill, one target is normally engaged using two missiles, and three missiles are usually launched in the event of targets employing electronic countermeasures against missiles.