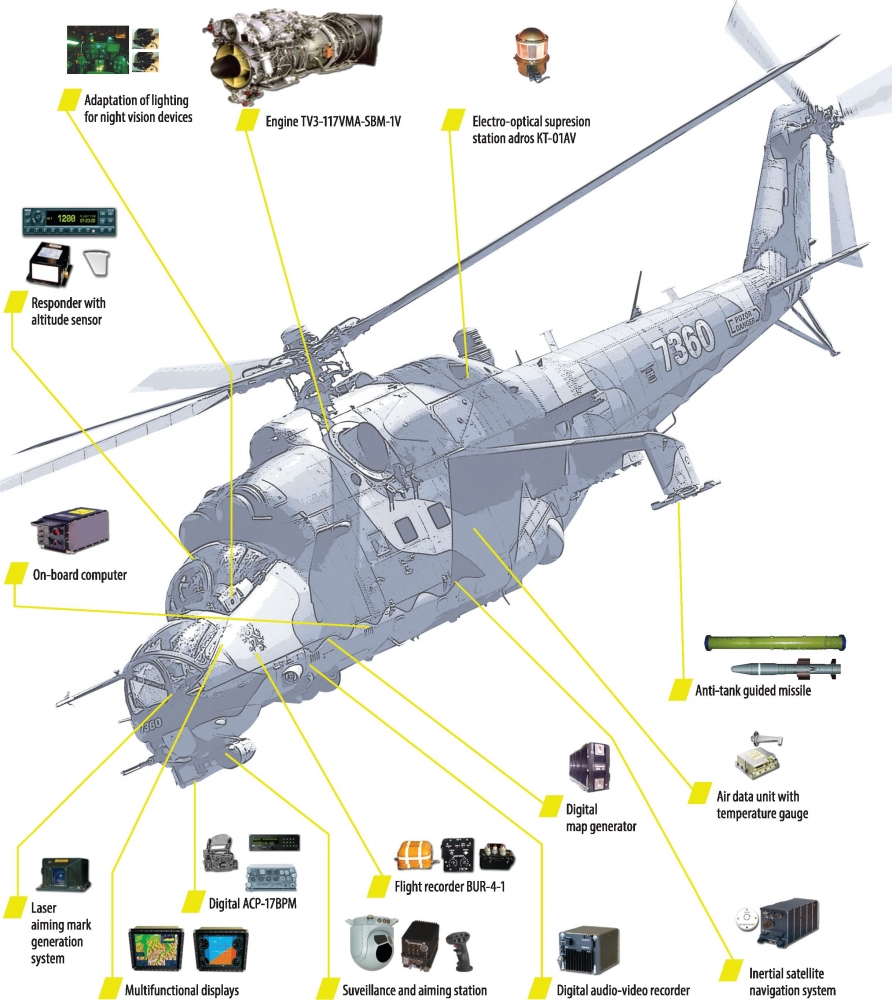 New structural decisions obtained in the course of the modernization program of these helicopters permit:- to pilot, search and attack small ground moving and stationary targets at any time under any weather conditions;- solve the problem of navigation using digital maps of terrain elevation area and the information received from a satellite navigation system;- improve the survivability of the helicopter during the attack of antiaircraft missile complex or missiles with IR guidance;- planning of the combat task by using PVM;- to increase the combat effectiveness of the helicopter through the use of new anti-tank missile system and guided guns with target designation.

Missile "Baryer" - is radio-controlled intermediate-range missile. The helicopter can carry from 4 to 8 ATGM.

Pointing is carried by a laser beam directed toward the goal of the main channel of the laser sight set on the gyro-stabilized platform. 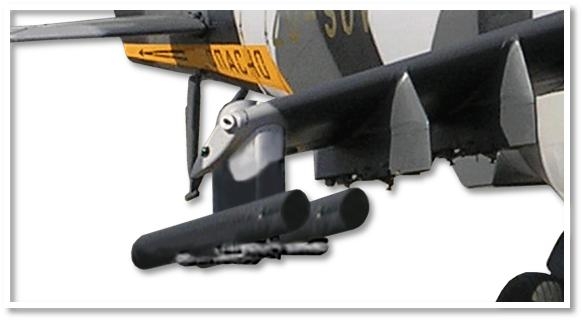 Pylon and launcher of the missile "Baryer"

Container of the missile "Baryer" 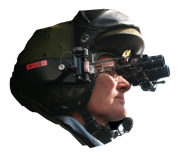 - Provides the presence of impact markers during the day, as well as at night.- Provides continuous tracking so that the gun barrel rotates with the head of a crew member managing a gun at the moment.-Communication via built-in headset and microphone.- Head protection of a crewman.-Dark visor for sun protection-Night Vision

SIGHT HEAD OF A PILOT

Optronic sighting head of a pilot is installed at his main instrument panel. Displayed on the sighting head symbols allow pilot to fly, navigate and fire the ballistic weapons during the day and night. The pilot makes accurate missile launching and bombing. 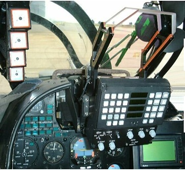 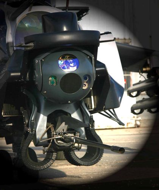 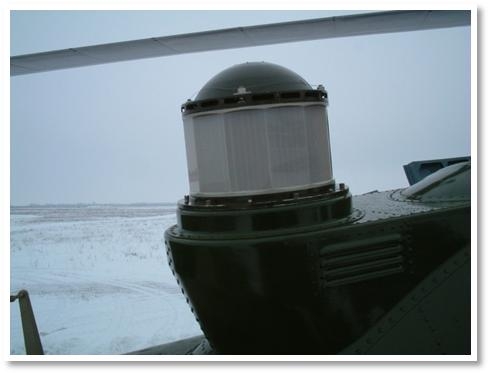 Purpose: Active protection of helicopters from anti-aircraft missile system such as "Stinger" and guided missiles with infrared homing "Sidewinder" and similar to them.